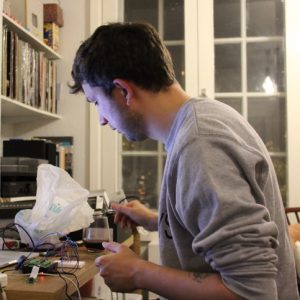 Louis  is an experienced software developer, researcher, artist and musician. Currently, he holds a Post Doctoral position at the Embodied AudioVisual Interaction Group, Goldsmiths, University of London, where he is also an Associate Lecturer.

Louis’ research interests include interactive machine learning and human-robot relationships. His work, both individual and collaborative, have been widely exhibited across London, notably at the Royal Festival Hall, and in Dublin, New York and Austria. Mortimer, the robotic drummer he developed during his PhD, has appeared on the BBC’s Christmas Lectures and on Channel Five’s The Gadget Show.